During Friday’s budget hearing before the Senate Finance Committee, Casino Control Commission acting Chairman Usie Richards expressed his frustration with lack of action on filling his and other posts permanently.

Richard, as vice chairman of the commission, assumed the role of acting chairman after former Chairwoman Violet Ann Golden was indicted and later pleaded guilty to embezzling almost $300,000 from the commission.

“The commission remains baffled by the administration’s failure to submit a nominee for the position of chairman of the V.I. Casino Control Commission. On July 1, 2019, more than a year ago, the formal notice was submitted to the administration giving notice of the former chairman’s retirement,” Richards said during Friday’s Finance Committee hearing.

Richards also said the Division of Gaming Enforcement director position has been left unfilled and, because the administration has not provided a nominee, the division’s staff is depleted to a single person, making it impossible to keep up with the division’s responsibilities.

“The depletion of DGE’s staff to just one person makes it impossible for the commission to timely process employee applications, ensure gaming machines are properly calibrated, and the required background checks on major applications are thoroughly executed,” Richards said.

“I am tired of being an actor,” Richards said about his own position as the acting chairman, which is only meant to be temporary. “And I’m tired of having an acting Division of Gaming and Enforcement director.”

Richards may be weary of his acting position, but Sen. Donna Frett-Gregory said he has played the role well and deserves an “Emmy Award” nomination for making good on many of the commission’s outstanding obligations.

“The commission has completely addressed all past due invoices … The only outstanding payments are for current services over the last two months,” Richards said.

Though Richards has stepped into the void created by Golden’s resignation, the commission’s frustration with the administration was evident throughout his Friday testimony, citing communication as the problem. In addition to the lack of appointed nominees, he said that in December 2019 Commissioner Stacy Bourne submitted her resignation letter explaining that she could not complete her term due to personal reasons.

But “to date, no formal acknowledgement of the transmitted resignation has been received, and the commissioner continues to serve to ensure the agency remains functionable and that the casinos, their service entities, and employees can continue to exist,” Richards said. 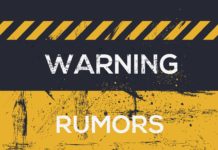 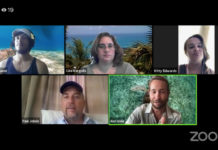 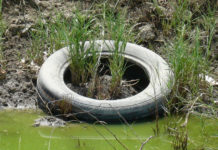