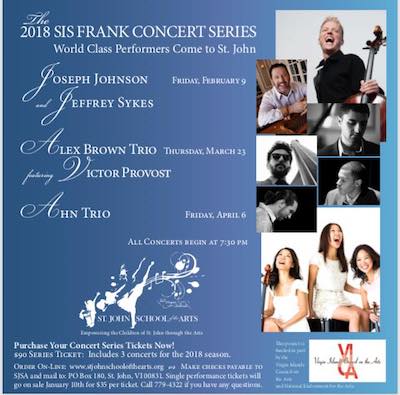 The Ahn Trio, hailed as “exacting and exciting musicians” by the LA Times, is made up of three Juilliard-trained Korean-American sisters, pianist Lucia, violinist Angella, and cellist Maria. The Trio has released 8 critically acclaimed albums on EMI Classics, Sony, and Warner. Their ever-evolving vision of being a 21st century musician, and wide- ranging collaborations with modern dance companies including a B-boy dance company, film directors, rock bands, DJs, singers, and more led to the nickname “Classical revolutionaries” given to them by New York Newsday. Pat Metheny and other luminary composers such as Michael Nyman, Maurice Jarre, Mark O’Connor, DJ Spooky have written music for them.

In 2011 President Obama invited Ahn Trio to perform at the White House. The Ahns have performed at the prestigious TED conference and was only classical group to be invited to perform at iTunes Festival 2008 in Lullaby for My Favorite Insomniac released by Sony, was No. 8 in the Billboard Charts for 26 weeks. Their Dvorak, Suk, and Shostakovich album on EMI won Germany’s prestigious ECHO Award. People Magazine selected the sisters three of 50 Most Beautiful People in 2003. Their unique approach to music has taken the sisters to Buenos Aires’ Teatro Colon, Vienna’s Musikverein, New York’s Lincoln Center, Leipzig’s Gewandhaus, Beijing’s Concert Hall, Istanbul’s Aya Irini in Topkapi Palace, to over 30 countries and every state in America.

Ahn Trio is excited to announce the release of their new album BLUE in the spring of 2017. Says the Trio, “BLUE is a musical diary recorded for Lucia’s son Blue of the Trio’s past and present; being invited to jam with Prince at Paisley Park, working with Pat Metheny on the piece Yuryung he wrote for us, performing Skylife at the Obama White House, having the honor of performing at TEDWomen and meeting extraordinary female leaders from around the globe.” With their album BLUE, Ahns share their pioneering and creative spirit with their old and new fans alike.