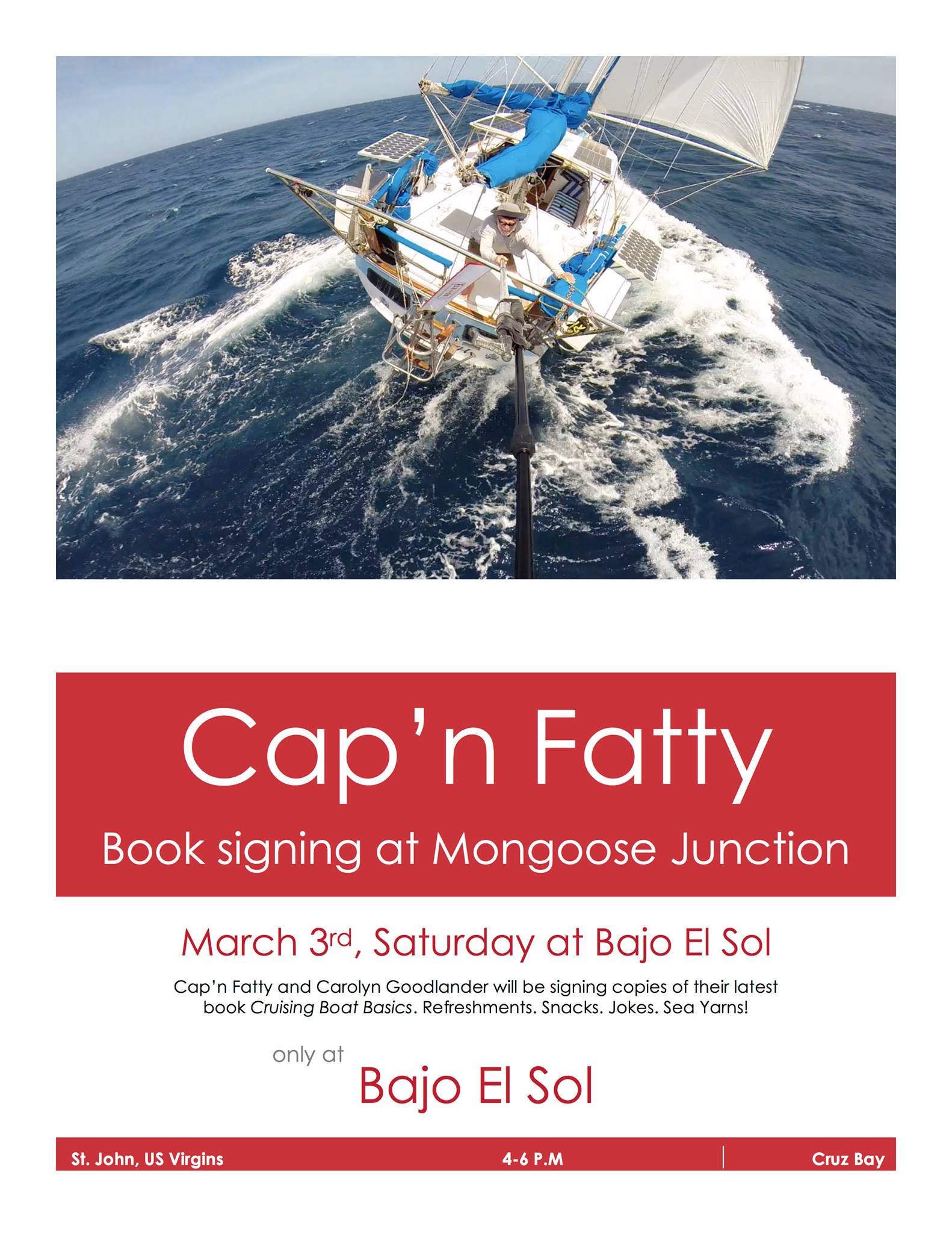 Cap’n Fatty Goodlander first sailed into Cruz Bay in the late ‘70s—and instantly fell in love with Love City. He and his wife Carolyn returned in the early ‘80s with their daughter Roma Orion and headquartered out of Great Cruz Bay as liveaboards for the following two decades as Roma attended Pine Peace and Antilles schools.

During this time, he worked as a print journalist for Caribbean Boating, a columnist for the Daily News, and as a radio personality on WVWI Radio One on St. Thomas.

They lost their beloved ketch Carlotta during Hurricane Hugo in 1989 and salvaged their $3,000 sloop Wild Card the same year. In the early ‘90s he became Editor at Large of Cruising World magazine, a feature writer for the Caribbean-based All at Sea, and began publishing a series of books about the Caribbean while founding American Paradise Publishing.

His sailing autobiography Chasing the Horizon has sold better every year for 23 years. His latest book is Cruising Boat Basics—and will being released for the first time in the Caribbean at Bajo El Sol gallery on March 3rd starting at 6pm.

He has lived aboard various sailing vessels for 58 years and will immediately set off on his fourth circumnavigation after the book signing at Mongoose Junction.

He has almost never worked ashore—always managing to sling enough ink to buy another fishhook and fetch the next port.
“If I need to wear shoes or mingle with dirt-dwellers,” he says, “I tend not to get involved.”

Fatty has penned over a dozen marine books and won numerous literary awards. He daily goal is to treat himself better today than he did yesterday.

Wine and refreshments will be served.