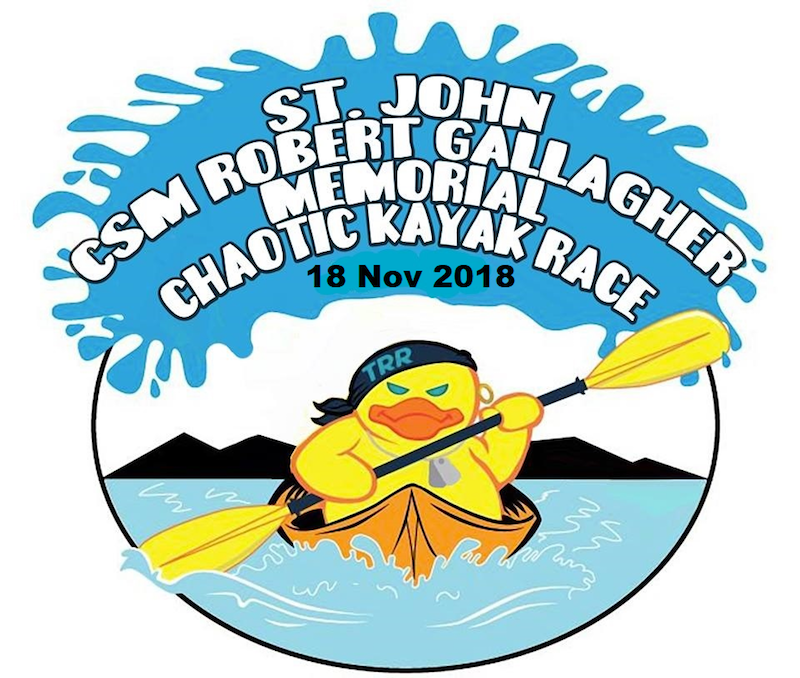 The island community of St. John will be out again in force Sunday, November 18, on the Cruz Bay waterfront, to support Team River Runner’s 2018 Wounded Veterans program fundraiser. This year’s event will be honoring the memory of Army veteran Cody Irons, an amazing veteran who passed away unexpectedly this past summer. Cody was a participant in various TRR and SUP events and also served as an ambassador for the St. John TRR programs over the past few years.

The first annual St. John Chaotic Kayak race took place in the summer of 2011 with 16 teams and by 2017 had ramped up to 40 teams! 100% of the proceeds are used to bring wounded veterans down to island each November for a one-week leadership retreat and healing respite in the beautiful waters of St. John.

Team River Runner (TRR) was founded at Walter Reed Army Medical Center in 2004 by Washington, D.C. area kayak enthusiast Joe Mornini who has been hosting trips for TRR members to St. John since 2007. While the group was forced to cancel its 2008 trip due to lack of funds, that will never be the case again with the continual support of the St. John community.

This year’s fundraiser was pushed back from July to November as St. John continues its recovery from the devastation of hurricanes Irma and Maria in late 2017. However, the island is well on the mend and TRR wants to do its part to bring down Veterans and help generate revenue for the local businesses during visits throughout the coming year.

Please join TTR for its 8th Annual St. John Chaotic Kayak Race on Sunday, November 18th 11 am on Cruz Bay Beach. There will be music, beer tents, food, kayak races, raffle prizes and more! If you would like more information about this topic, please contact Kate Farrington at (917) 776-9450 or email at: [email protected]