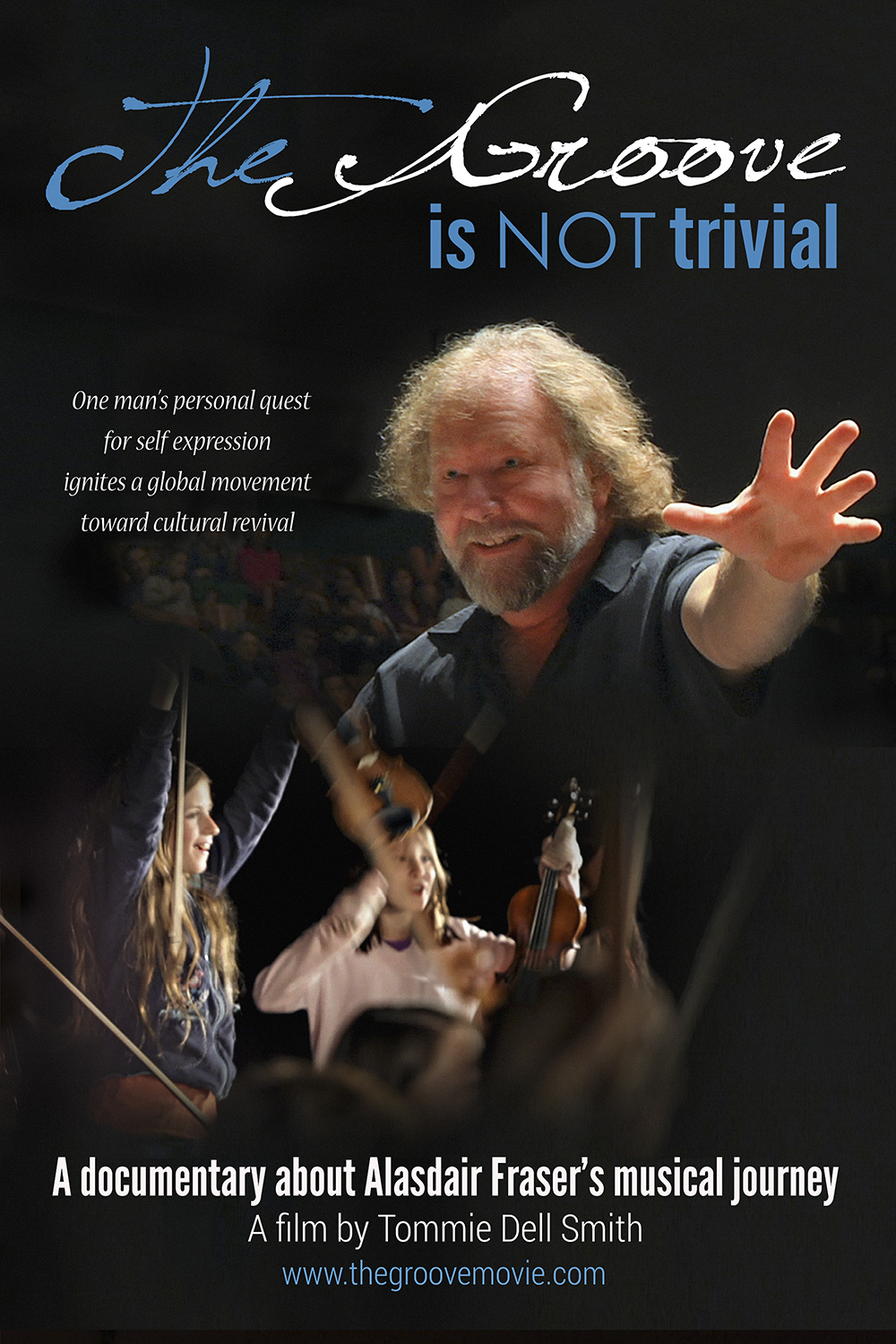 ST JOHN FILM SOCIETY  in association with the ST JOHN ARTS FESTIVAL presents a documentary film screening of THE GROOVE IS NOT TRIVIAL.

“A GOOD TUNE IS HARD TO KEEP DOWN…”
–Alasdair Fraser

The Groove is Not Trivial follows master fiddler Alasdair Fraser’s personal journey in search of self expression, a quest that has led him to dig deep into his Scottish musical roots. There he finds a universal pulse —a  groove — that runs through his virtuosic performances with cellist Natalie Haas and his dynamic teaching at his wildly popular, freewheeling fiddle camps in California, Scotland, and Spain. At his gatherings around the world for musicians of all ages and abilities, ‘the groove’ is a through-line from the past that sparks hopeful possibilities for the future.

Fraser is at the epicenter of a movement in which people are finding their own voices and a deep sense of community through the shared love and joy of music. A subversive empowerment is happening as people reclaim cultural roots in jeopardy of being lost.

The irrepressible Fraser proves that the groove in traditional music transcends toe-tapping fun – it can be a source of personal and political liberation.

Throughout time, song and dance have been the most potent expression of human identity and communal life. Most people in our modern culture spend their whole lives looking in on the arts world from the outside. If The Groove Is Not Trivial can inspire its audience to sing, dance, pick up an instrument or a paint brush and challenge what they thought was possible, then it will have achieved its purpose.This film invites the arts back into the center of our lives.

Producer  / Director: Tommie Smith
Tommie Dell Smith was Associate Producer on the production of Broken Rainbow, which an Academy Award for Best Documentary Feature. Her own award-winning documentaries include Breaking Silence: The Story of the Sisters at DeSales Heights; Thornton Dial: Image of the Tiger; and Child of Our Time. She also is producer of a series of Oral History projects. She has been a member/owner of New Day Films since 1994, where she has served on the Executive Committee several times.