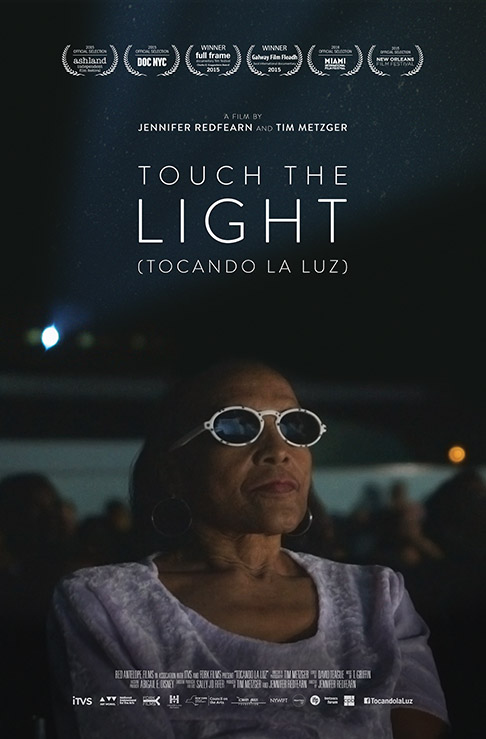 The St. John Film Society will be featuring a one-time screening of “Touch the Light”(Tocando La Luz) at the St. John School of The Arts in Cruz Bay beginning at 7:30pm.

SYNOPSIS:
This 72-minute documentary weaves three stories-all set in the blind community of Havana, Cuba-into a tale of personal independence. As Lis, Mily and Margarita each face family problems and heartbreak, their dependence on others turns out to be a double edged sword. From the music hall of Havana to a cinemas club for the blind, their stories reveal both the pain and joys of fighting for yourself.

In Havana, Cuba an up-and-coming singer searches for confidence, a young woman in love longs for motherhood and a veteran of the Revolution comes to terms with the death of her husband. Three women, united by blindness and a desire for independence, guide us through Cuba’s current economic and social landscape while pursuing their dreams and breaking through personal and societal limitations.

DIRECTOR: Jennifer Redfearn is an Academy Award nominated documentary director, whose immersive style of filmmaking examines how political, environmental and cultural forces impact on individual lives. She directed and produced the 2011 Academy Award nominated film, Sun Come Up, about a small island community losing their homeland to rising seas. Sun Come Up screened on HBO after a successful theatrical run in thirty U.S. cities. Her recent film, Tocando La Luz (Touch the Light), tells the story of three blind Cuban women and their fight for independence. It premiered at the Full Frame Documentary Festival where it won the Charles E. Guggenheim Award.

DIRECTOR’S STATEMENT: We were drawn to Cuba because of its rich culture, complex political history and fierce independence as a small island nation. As the country stands on the brink of unknowable change, most Americans see little of the daily life behind ubiquitous images of Fidel Castro and crumbling buildings. We traveled to Havana looking for an unexpected story that offered a new way of understanding Cuban culture. Our hope is that this film gives audiences a picture of life in Cuba that is irreducible, as well as warm, illuminating and deeply human.

SJFS is supported in part by the National Endowment for the Arts, Virgin Island Council on the Arts and St John Community Foundation. For more information, contact the St John Film Society [email protected] or visit www.stjohnfilm.com.