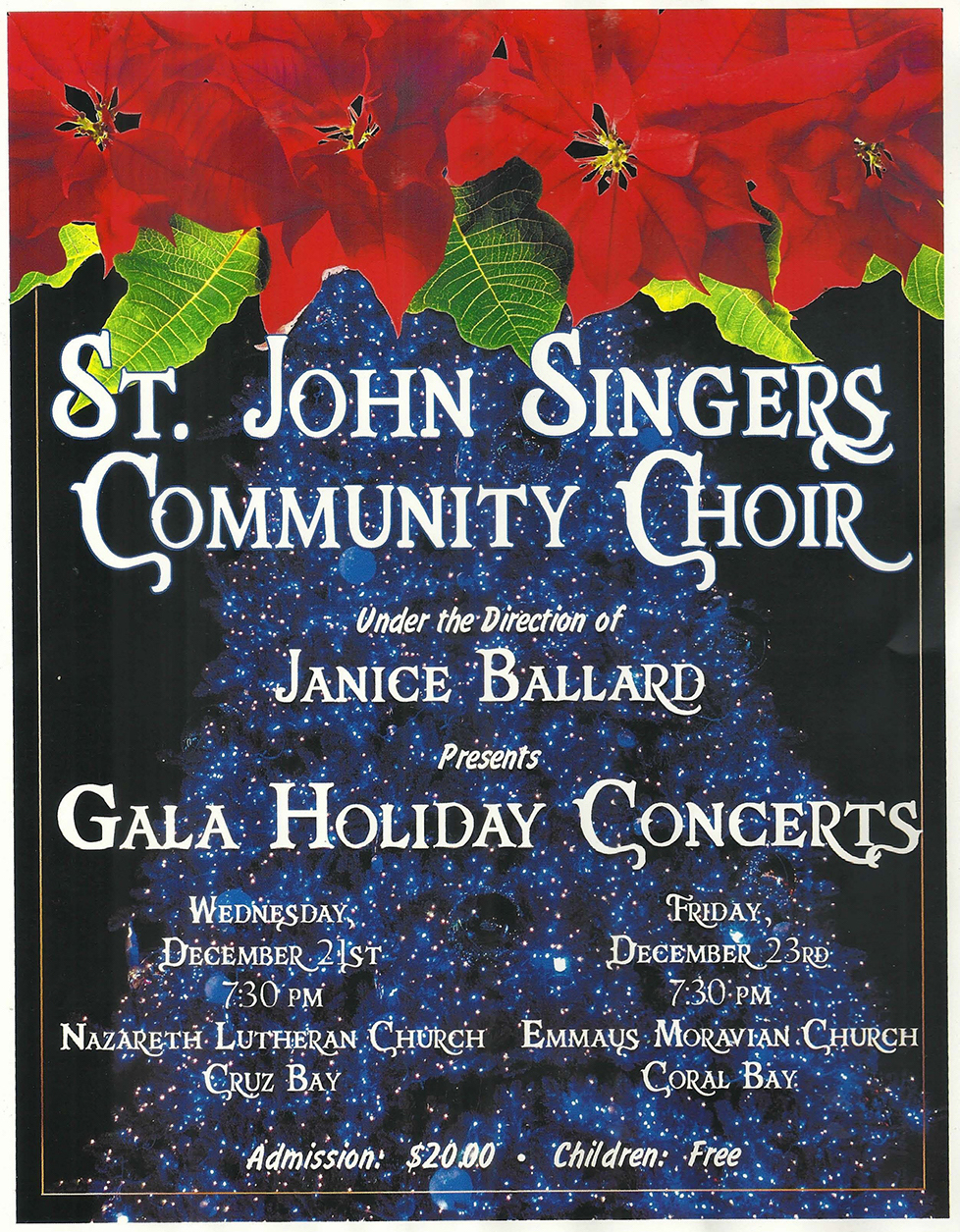 The St. John Singers are celebrating their 35th anniversary with a special guest at two holiday concerts during the week preceding Christmas.

Soprano Laura Strickling, who has a home on St. Thomas, will be performing with the choir at their annual concerts in Cruz Bay and Coral Bay on St. John.

Strickling has been described as possessing “a flexible voice, crystalline diction, and warm presence” by a reviewer in the New York Times.  She has received numerous awards for her performances of opera, classical and contemporary music.

“We were very lucky to get her,” said Janice Ballard, who has directed the St. John Singers for the last five years.  “She was on St. Thomas and had only a four-day window between other engagements to sing with us.”

The Singers’ selections will include carols from around the world, and in keeping with the tradition, the audience will be invited to sing along with the choir on a medley of holiday songs.

This year the choir will be accompanied on piano by Arboris de Jesus, a talented, young musician, who was born in Puerto Rico and raised on St. Thomas. She now studies music at Lawrence University.