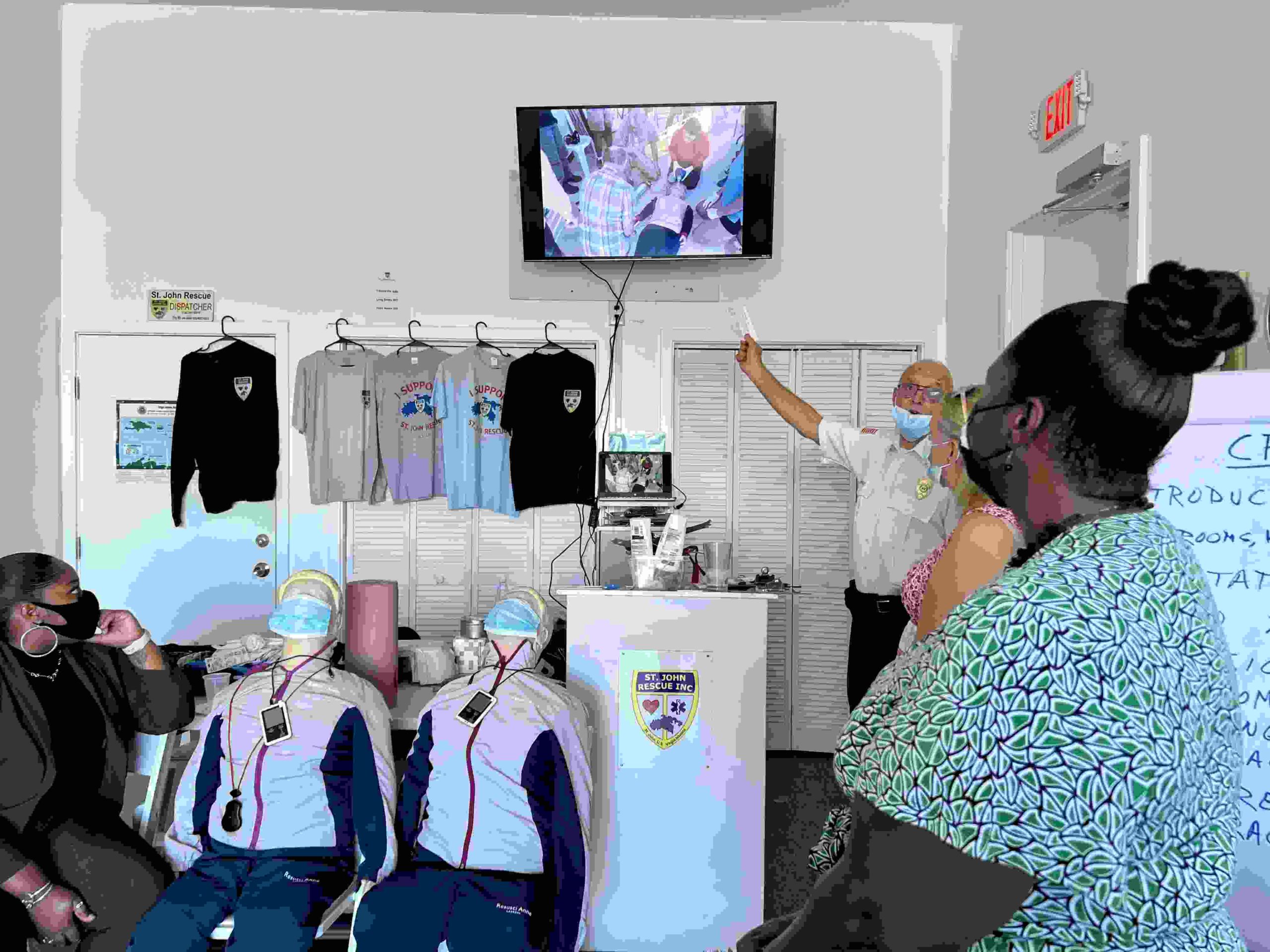 Members of the St. John community took some time Thursday to stop by the “new” headquarters of St. John Rescue on Gifft Hill during the organization’s open house.

“We’re here to do two things,” said Bob Malacarne who has worn many hats, including president of the board, during his more than two decades of service with the organization.

“We’re here to celebrate the 25th anniversary of the organization’s founding, as well as honor those who started it,” Malacarne said.

“Back around 1995, when the original members started to meet under the black olive tree in Mongoose Junction, things were not like they are now on St. John,” Malacarne said.

Malacarne said there were few resources to back up first responders during an emergency, on land or at sea. After Hurricane Marilyn ravaged St. John in 1995, the founding members were determined to work together to supplement Emergency Medical Services, the Police Department, the Fire Department and the National Park Service.

Because STJ Rescue members live in various locations on the island, they were often the first to arrive on the scene after being dispatched by 911 operators. “In 25 years, we’ve never missed a call,” said Malacarne. To honor their commitment, members planted a black olive tree under the sign for the new building at Gifft Hill. 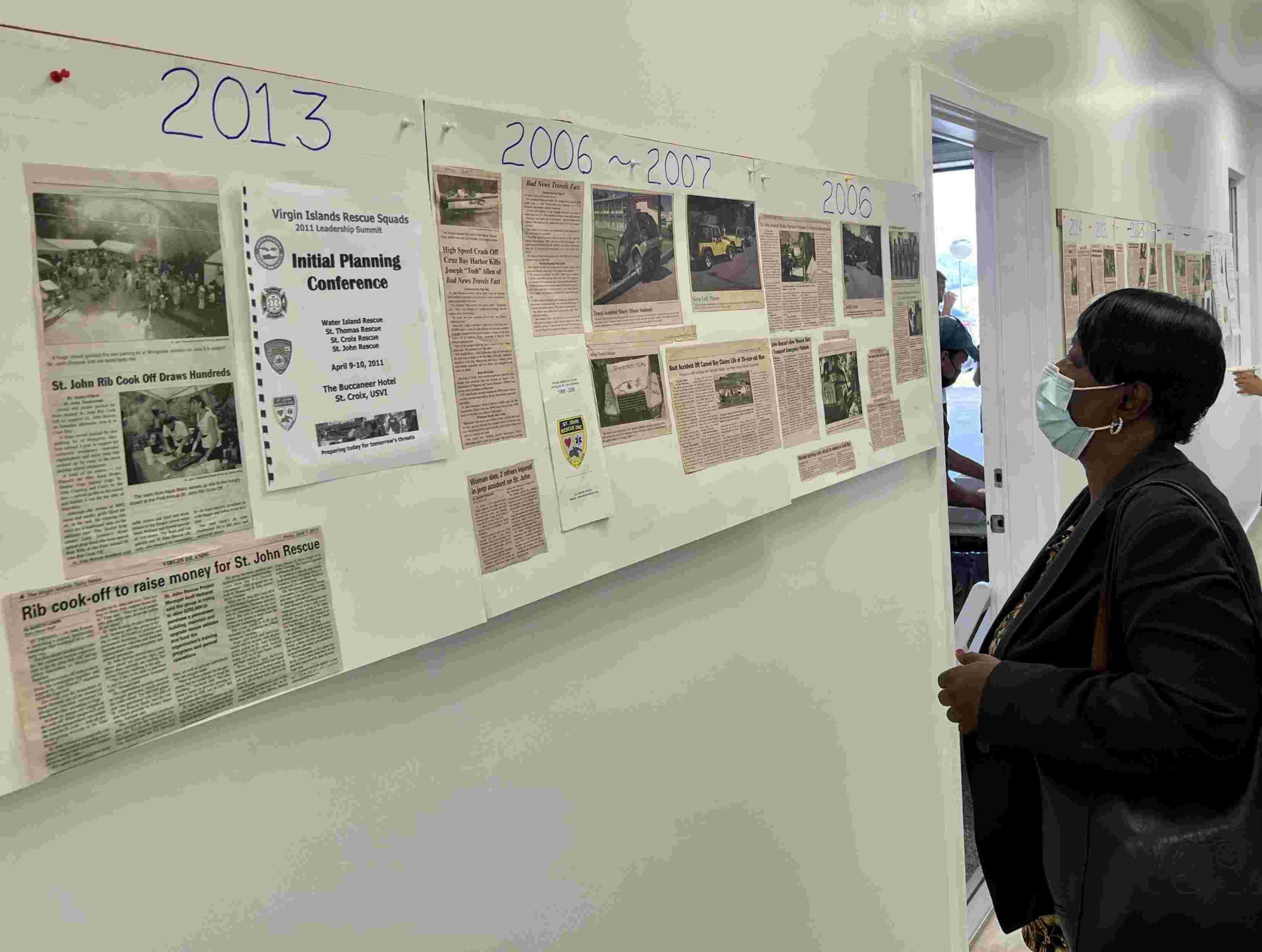 The open house was also planned to celebrate the completion of the organization’s headquarters, which was awarded its certificate of occupancy in the fall of 2020 at the height of the COVID-19 pandemic. At that time, public gatherings were not permitted, so there was no official ribbon cutting for the 1,200 square foot structure, which serves as a community training center for courses in first aid, CPR and advanced rescue techniques.

During Thursday’s brief ceremony, Valdez Shelford, chief financial officer for the VI Housing Finance Authority, commended STJ Rescue for completing the structure within the scheduled timeframe and also for coming in under budget. The VIHFA managed the $1.1 million in Community Development Block grants that were awarded to purchase the property, design the structure, and construct the building.

Darrell Tasman, who was recognized as one of the founding members, told the audience, “It’s you all that made this happen.”

Malacarne followed that remark with a plea for new members to join the organization.  “After Irma and Maria, we lost a bunch of people who left the island. We need more volunteers.” St. John residents who are interested in joining St. John Rescue can call them at 340-693-RESQ (7377) or contact them through their website.