On Jan. 15, Virgin Islands members of Alpha Kappa Alpha Sorority Inc. (AKA) celebrate the organization’s 112th anniversary along with more than 290,000 of their fellow members around the world.  In 1908, a group of young collegiate women gathered at Howard University to organize AKA, which is the oldest Greek-letter organization established by African-American, college-educated women.

The V.I. chapters are a part of the International Region, which is comprised of all chapters outside of the continental United States, including South Africa, Germany, Japan, South Korea, Canada, Liberia, Bermuda, Bahamas and the United Arab Emirates.

Members on St. Thomas-St. John began their celebration with a series of activities from Jan. 13 – 20. On Jan. 20, in honor of Martin Luther King Jr.’s legacy, they will host a community breakfast at Emancipation Garden.  All are welcomed.

Together, members in the district will continue to work to provide “service to all mankind to make an impact in our communities,” said AKA President Lucille Parsons. 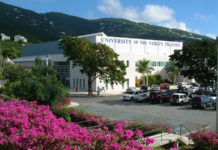 UVI Bulletin Board for August 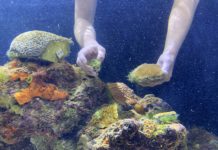 Coral World and UVI Partner to Save Coral Reefs