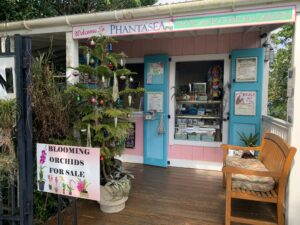 A U.S. District Court ruling in October invalidated the Virgin Islands’ excise tax, saying it violated the U.S. Constitution’s Commerce Clause, and the V.I. Bureau of Internal Revenue has interpreted that to mean it needs to tax local manufacturers the same as importers. They are just waiting for a judgment to be settled.

“The important thing is the law calls for an excise tax on manufactured goods. We were not applying it as consistently to the manufacturers and to the importers,” BIR Director Marvin Pickering told the Source.

In the past, manufacturers paid tax on imported raw materials after delivery. Now they will pay when they sell the finished item and include the direct cost of the materials, labor and overhead. Goods manufactured in the territory are exempt if they are sold and delivered to buyers outside of the Virgin Islands.

The BIR website is fairly clear: “All firms, persons or corporations doing business in the Virgin Islands …must pay excise tax on all goods, merchandise, or commodities manufactured in or brought into the Virgin Islands for sale or disposition in the course of a trade or business, for processing or manufacturing, or for any other business purpose.”

To explain the process, BIR is holding workshops to instruct the new category of taxpayers how to follow the procedures. Importers and manufacturers will be able to file tax forms online, once they register at excise.bir.vi.gov. Excise tax is not the same as container tax, which is paid at the time it reaches a V.I. port.

One workshop was held at the tax office on St. Croix Wednesday, teleconferenced from St. Thomas. Around 10 manufacturers participated in person, or via the internet. All seemed to have questions and several criticized the process as cumbersome or worse.

“It’s the most abusive tax on the planet. Why not a sales tax?” Chris Massicott, a St. Croix manufacturer and retailer said.

She explained that many customers are familiar with paying sales tax, especially if they are from the mainland or elsewhere in the Caribbean and it would be much more convenient for retailers.

Massicott and others at the workshop complained that for a small business to keep track of the raw material cost all the way until the time of sale, plus labor costs at the time of sale and other costs – such as utilities, internet, transportation – would be very time-consuming. Collecting the necessary documents to support their costs will be extremely cumbersome, they said. According to the BIR presentation, all documents must be converted to PDF, JPEG or TIFF files, adding another step for retailers.

The BIR staff at the workshop explained how they will handle various situations. There is a list of exempt raw materials on the BIR website as well as tax rates, set out by the V.I. Code.

Even if there are no sales in a month, a form 721VI is required, according to Glenn Hodge, excise tax supervisor. Questions can be submitted directly to Hodge and the staff at etax@irb.gov.vi.

Manufacturers can learn if their goods qualify as tax exempt via guidelines set by the North American Industrial Classification System, sections 11, 31, 32 and 33 at www.naics.com.