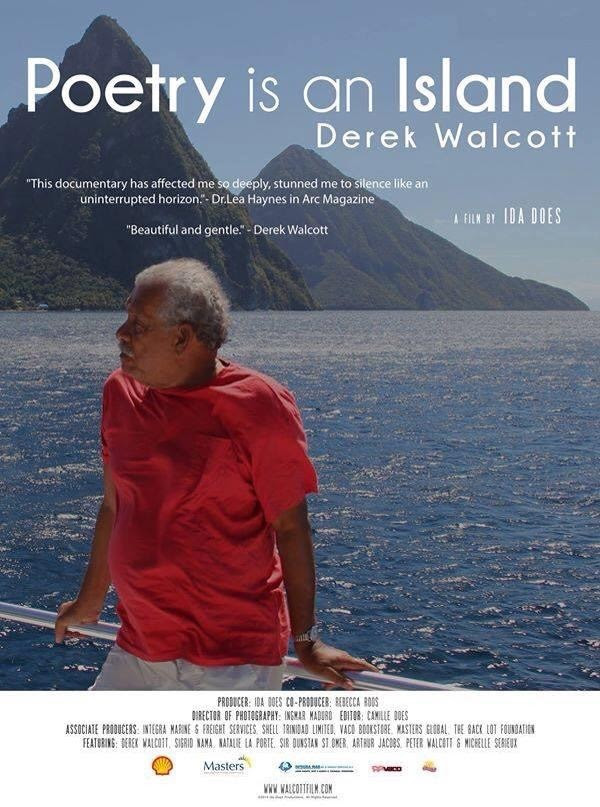 The Gri Gri Project at Bajo El Sol Gallery in Mongoose Junction will continue its regularly scheduled film screenings on Thursday, Jan. 12 with the St. John premiere of “Poetry is an Island” directed by Ida Does.

The movie starts at 7 p.m. Seating is limited so come early. Popcorn and refreshments will be available. Admission is a pay as you can donation of $1 to $20.

“Poetry is an island” is an intimate portrait of Nobel Laureate Derek Walcott filmed on his beloved home island St. Lucia, a place he has remained closely tied to throughout his travels around the world. For over 60 years Walcott has explored the Caribbean experience and heritage as a poet, play-wright, essayist, and painter. In 1992, the Nobel committee described Walcott’s work as “a poetic oeuvre of great luminosity, sustained by a historical vision, the outcome of a multicultural commitment.”

Walcott is also no stranger to the Virgin Islands. He taught drama at the College of the Virgin Islands from 1978-1979. One of his most beloved books “Tiepolo’s Hound” is partly a meditation on the life of St. Thomas born painter Camille Pissarro.  Dr. Lea Haynes of ARC Magazine has described “Poetry is an Island” as “emotionally-charged,” writing:

“Ida Does is not afraid to delve deeper and go beyond the usual biographical information and instead gives an enlightening balance, one made up of different voices, each one contributing to an intimate portrait of Derek Walcott. Moments of sorrow are contrasted by moments of joy and testament to the director’s skill, a perfect balance has been struck in this documentary… [it] has affected me so deeply, stunned me to silence like an uninterrupted horizon. “