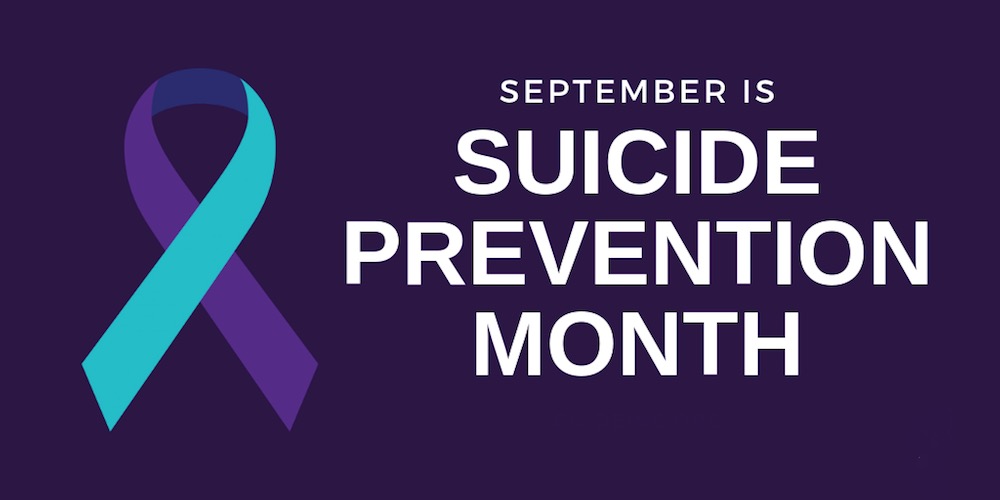 “Suicide loss survivors often experience a grieving process that is mixed with stigma and shame,” said Laurie Christian, founder of CVS. “Those left behind often suffer in silence. This campaign will let people know that it’s OK to miss their loved ones. Though they’re gone, remembrances of them will live on.”

Wilfred “Freddie” Perez, Leo Emanuel King and Lisa Marie Galiber are remembered this month with their photographs on the electronic bulletin board at the northeast corner of the Sion Farm Shopping Center.

Their lives are being remembered through the fond memories of their loved ones.

The work of the Caribbean Volunteer Services, Inc. is enabled through a grant from the Community Foundation of the Virgin Islands.

“We can all spread the word about the actions we can take to prevent suicide,” Christian said.

CVS noted that incidents of gun and domestic violence and depression among community members are increasing. Stressors are mounting.

Researchers believe chronic exposure to traumatic events causes the kind of severe mental distress that can lead to suicidal behavior.

CVS is focused on building the capacity and ability for individuals in the community to be able to help someone in crisis.

Wilfred ‘Freddie’ Perez
Freddie Perez chose to end his life on Aug. 29, 2009. At the age of 49, his suicide impacted a host of people who loved him. He left behind his mother, siblings, nieces and nephews, aunts and uncles, a community of friends and neighbors and his partner of 13 years.

The resources that are available to someone considering suicide were not the options Perez chose. Perez was an outgoing person and communicated easily with most. But he didn’t reveal the innermost feelings that led him to his final day on this Earth, his partner Don Bailey said.

The couple met in 1995, began dating and developed a committed relationship. They moved to Estate La Reine in 1997 and purchased a house in 1999. They shared ideas and pastimes in landscaping and other pleasures.

“Everyone loved Freddie. They loved him more than they liked me,” Bailey mused. “Just two weeks before he passed, we had a party and a pig roast. Freddie knew how to throw a party.”

There are solutions one can choose for divorce or bankruptcy – one can quit a job when it becomes too stressful, but people must be made aware of the resources, the options that are available as an alternative to traveling the road to suicide, Bailey said.

In 44 states, suicide rates have increased significantly from 1999 to 2016; of those 44 states and 25 saw the rate go up more than 30 percent, the Centers for Disease Control reported. Many in these numbers were not known to have a mental health condition.

“From individuals and communities to employers and health care professionals, everyone can play a role in efforts to help save lives and reverse this troubling rise in suicide,” according to the CDC.

“What did I miss?” That is the question Laurent asks herself over and over again about her younger brother’s suicide on Dec. 8, 2010, at the age of 20 years old.

“Leo had a smile that lit up a room,” Laurent recollected. “It was a smile like no other and just his mere presence was special. We connect a smile with the thought that everything is OK, but we never know.”

“Losing my brother was a life-changing event. I missed something and I don’t want to miss it again. I stay in touch with my family and my friends. I hit my friends up with a text or a phone call,” Laurent said.

Jareem Dowling said of his brother King, “He wanted to be like me in baseball, but he was a much better player than I. Although I was nine years older, we played for the same Little League team in our younger days.”

“Leo moved to Pennsylvania and lived with me for a while,” Dowling said. “The nine-year gap narrowed, and we grew closer as siblings. I encouraged him to go to college when he had aspirations to join the Army.”

King excelled in college. He was enrolled in OSHA, the occupational safety and health administration program at Slippery Rock University in Pennsylvania. He was disciplined and worked hard. “I could easily see he was 10 steps ahead of me when I was the same age,” Dowling said.

In his honor, King’s mother, Shermaine Samuel, created A Day of Service, now in its fifth year. It is Samuel’s strength – her giving back as a legacy to her son King. “God told me to do this and I obeyed,” Samuel said.

“I share my love of cooking with the community on the anniversary of his passing,” she said.

Samuel has been cooking and serving meals for the elderly and the less fortunate to bring awareness to the community about suicide prevention. Local food and drinks are offered with help from Samuel’s sister, Karen Claxton, also an experienced cook.

The Lord God of Sabaoth Lutheran Church Parish Hall was the venue for the past four years, but the event has taken on such proportions that it has outgrown the space. Samuel said she is thankful to Pastor Gerald Williams for his support and all the help that was needed to make the event successful each year.

This year, Samuel’s day of service took place on May 31 at the Mission Lighthouse, with the help of Abraham Kennedy of the Southgate Baptist Church. Sept. 12 was the last day of Suicide Prevention Week and Samuel offered another day of service at the Sunny Isle Housing, giving thanks to Celia Simmonds for the use of the space and for her support.

This is a busy year for Samuel, as she plans another day of service at the Frederiksted Health Center on Dec. 8, the 10-year anniversary of King’s death.

“When you lose someone to suicide, there is never any closure,” Samuel said. “The person may think suicide is the only way out, but it’s important that we send the message that it’s not the only way. There is always help, other options.”

“People have been there for me, pushing me on in my pain. If I can help another family to eliminate the grief of suicide, I feel my efforts will work in their favor,” Samuel said.

The National Suicide Prevention Lifeline says a support system is vital when others need help.

The Lifeline’s hashtag message is #BeThe1To.

Lisa Marie Galiber
“We were six siblings growing up together in our family,” Dante Galiber said. “Five of us were the meat and potatoes. My sister Lisa was the gravy.”

Lisa Marie Galiber was born on Dec. 16, 1960, three years before her brother Dante. She was likable, she had tremendous energy, she was a beauty to look at, he said.

“In my most creative mind, I’m imitating my sister Lisa,” Dante said. “We all looked up to her.”

Dante reminisced about the person his sister was, her ability to act and model and her dynamic personality. Lisa loved life, he said, and yet she took her own life on May 30, 2011.

She had a complex and beautiful psyche, he said.

“There was nothing that Lisa couldn’t do and do well. She and our sister Cecile were great dancers. Lisa enjoyed traveling. She spoke different languages. Her presentations in the Toastmasters Club were thoughtful. She visited my daughter Dominique’s class several times, and all the kids loved her.”

Lisa had a presence and a lasting impression on all who met her and knew her and loved her, Dante said.

“I wish she had lived longer,” he said.

“When Lisa and I played tennis, she outshined me on the court in style and focus, though I was the better player.”

“Lisa assisted me when I was writing my valedictorian speech, giving it the spice it needed.”

She was a smart and glamorous communicator with many ideas, creative and innovative, he said. “We certainly miss her and all that she was.”

“Carpe diem,” was Lisa’s favorite quote, meaning seize the day. Lisa was like that – she seized the day, her brother recalled.

“We Remember” gives survivors breathing space to lighten some of the load of the grief that remains even after many years of the departure of their loved ones, Christian said.

In 2018, CVS hosted “Let’s Talk – Suicide Myths: Moving Beyond Misconceptions,” a free training that was open to the community. Most recently, CVS coordinated training for VIPD ­– “The Mental Health Toll on Law Enforcement: Burnout, Compassion Fatigue and Secondary Traumatic Stress.” The session was facilitated virtually by Rutgers University.

In October, CVS volunteers will be trained in Emotional CPR, or eCPR, a public health education program designed to teach people to assist others through an emotional crisis.

CVS engagement specialists will receive ongoing training in active listening skills and crisis intervention. They will operate as the collective “face” of CVS by facilitating suicide prevention training and mental health wellness workshops throughout the territory. Volunteers will eventually receive stipends for time served.

According to Christian, “In the Virgin Islands, nonprofit organizations often serve to fill the absence of a municipal level of government. Our work is gritty, critical and in the area of behavioral health services. Our territory must support nonprofits who are addressing this issue.”

International Survivors of Suicide Loss Day is Nov. 21, a day in which survivors of suicide loss come together to find connection, understanding and hope through their shared experience. CVS will host an event to commemorate the day.

Plaskett Likes Gov’s Plan But Concerned About Follow Through