Government officials and members of the agriculture community shared thoughts and hopes for the future at a virtual event Sunday to celebrate World Food Day.

Throughout the afternoon, agriculture experts presented information on a variety of subjects. Seeds were dispensed for two hours by the V.I. Agriculture Department. The foods of focus during the event were papaya, bell peppers and goats.

There were videos by Thomas Zimmerman, Jessica Ewer and Amy Dreves on how to cultivate the plants. The videos included recipes for papaya ice cream and sofrito with peppers. Sue Lakos identified breeds of goats and told how to tell the difference between goats and sheep. (See answer in graphic at the bottom of the story.) Hint: It’s in the tails.

The dean and director of the Agriculture School at the University of the Virgin Islands, Usman Adamu, was the first of several to address the audience of about 75 people. He said there are organizations and agencies around the world participating with conferences, town hall meetings, workshops, debates and other events about hunger, climate change, nutrition and food development.

V.I. Delegate to Congress Stacey Plaskett spoke about hunger worldwide and locally. During the pandemic, the number of people impacted by food scarcity increased from 185 million to 296 million with 40 million affected daily in the United States, she said.

“Food is considered by many to be a basic human right, yet one in nine people globally experiences chronic hunger,” Plaskett said. “Global hunger is not just about food, it has a direct effect on poverty, unemployment, climate change, gender discrimination and various other issues that have lasting impacts, negatively, on people, our community and the world.”

UVI President David Hall said he has learned a lot from participating in the agriculture task force created by the V.I. Legislature. Food isn’t a luxury to be taken for granted, he said. He also has learned about the challenges and vulnerabilities facing farmers. The task force hopes to “move the Virgin Islands from food insecurity to food sovereignty,” he said.

Although the number of farms in the territory has increased, Bryan said, the size of farms is dwindling and the farming community is aging – 41 percent of farmers are 65 years of age or older and only 12 percent are under 45. Only about three percent of the food Virgin Islanders consume is grown in the territory, he said.

However, the government already has taken steps to remedy the problem.

“Ninety-seven percent of all food we eat is imported to the territory, and in our Vision 2040, our goal is to make it so that 35 percent of the food that we eat here is actually grown by Virgin Islanders,” Bryan said.

The School of Agriculture was created in 2020, and several professors spoke of the degrees and certificates available through UVI. They are:

The UVI School of Agriculture’s cooperative extension service and agriculture experiment station, with the V.I. Department of Agriculture, hosted the World Food Day event. The theme selected by the Food and Agriculture Organization of the United Nations was “Our actions are our future – Better production, better nutrition, a better environment and a better life.” 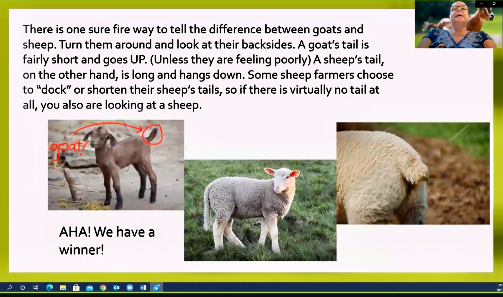 Minor Charged as an Adult with Armed Carjacking, Robbery-Theft