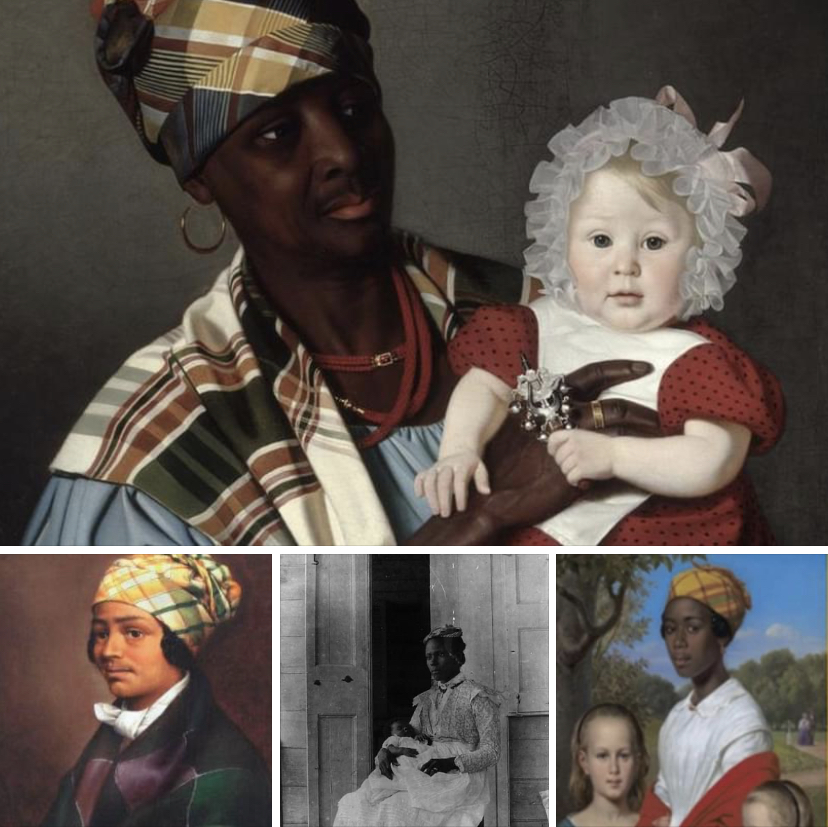 Many of the students were mesmerized by the photographs of the headties. Still, I didn’t get to explain to them that culture evolves and, similar to another conversation I had earlier this week with an anthropologist, I suspect that around the mid-1900s, Virgin Islanders began to fill in the gaps of their lost and stolen heritage. I enjoy films and frequently make reference to scenes from my favorite films. For instance, in Jurassic Park, the scientists who reproduced the DNA of dinosaurs declared that they could not identify all the DNA links due to the amount of time dinosaurs had been extinct and thus filled in the gaps using frog DNA.

In many ways, I’m assuming that we’ve done the same thing in areas of our culture because certain traditions weren’t maintained or possibly handed down long enough for individuals to carry them out. Indeed, I have discovered no photographs that Virgin Islanders wore elaborate points in their headtie customs as we know now. Instead, I have only been privy to photographs illustrating an intricately overlapping pattern headtie similar to a fascinator hat but made of madras fabric. It’s incredibly beautiful and detailed.

In image two, we see a woman of color from the Danish West Indies wearing a madras head tie with a thick band in front and tied towards the back with an emphasis of a crown in the middle of her head in the 1855 Danish Golden-Age painting, En Mulatinde. The image illustrated is a stark contrast to some of our more adored headtie wrappings where master headtie artist Bradley Christian popularized the conch shell head tie, which is tied from the back forward in a beautiful, highly crowned point gathering to the closest point of the ladies’ forehead. As in most of the historical images I’ve seen, the subject’s headtie is tied to the back, and the crown is centered in the middle of the head.

However, as I mentioned earlier this week in my chat with the anthropologist, culture is constantly evolving. We must compare and contrast and embrace our evolved headtie traditions which are simply unique and incomparable. All of our headtie traditions, both past and contemporary, demonstrate our ability to reinvent ourselves and express ourselves via fabric and fashion.