World Central Kitchen (WCK) has announced its first round of grant awards in the U.S. Virgin Islands through Plow to Plate, the organization’s food security and resilience program that offers direct financial support to small farmers, fishers and agribusinesses. In the short-term, the grants awarded will help food-related small businesses, which saw their operations paralyzed by hurricanes Irma and María, and to revitalize and regenerate their long-term capacity for the production, distribution and sale of food. In the long-term, Plow to Plate aims to decrease the high rate of food imports into the USVI by supporting local food production.

“It’s been almost two years since hurricanes Irma and Maria devastated farm and fishing operations in the USVI, and we’re still seeing such great need, but most importantly such resilience, determination and perseverance on behalf of local food producers. Our goal is to help them build back better and smarter in an effort to increase local food that nourishes households with fresh products and contributes to reducing food insecurity,” said Mikol Hoffman, the director of WCK’s Plow to Plate.

WCK’s Plow to Plate program was established in 2018 in response to the 2017 hurricanes and has, since then, awarded almost $2 million in grants to food producers affected by natural disasters. In 2020, in the midst of the COVID-19 pandemic, the program virtually expanded to the USVI and the Bahamas in their continued efforts to support food security in the Caribbean. To date, Plow to Plate has provided over 3,300 hours of capacity building and networking, and it has connected over 800 volunteers to work on partner farms. WCK is the same organization that served nearly 24,601 meals along with My Brother’s Workshop on St. Thomas and St. Croix, and with the Gift Hill School on St. John in response to COVID-19.

Plow to Plate plans to open calls for applications to the program every six months, with the next application round opening in September.

About World Central Kitchen: Founded in 2010 by Chef José Andrés, World Central Kitchen uses the power of food to heal and strengthen communities through times of crisis and beyond. WCK has transformed the field of disaster response to help devastated communities recover and establish resilient food systems. Since its founding, the organization has served over 25 million meals to those impacted by natural disasters and other crises around the world in countries including Albania, the Bahamas, Colombia, Guatemala, Haiti, Mexico, Mozambique, Spain, Venezuela and the United States. Learn more at WCK.org. 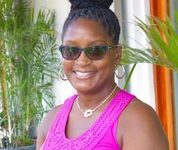